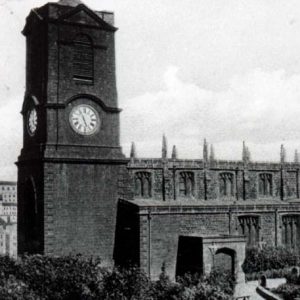 History of the church

St Mary's Church has a long and exciting history. Standing high above Gateshead Quayside, this fine example of a medieval town church is a riverside landmark. Dating back to the late 13th century, the Church of St Mary the Virgin was the 'mother church' of Gateshead and was the only church in the town until St John's was built at Sheriff Hill in 1825.

Whilst the church has had a long history, this has not always been particularly peaceful. Damaged by cannon balls during the English Civil War, it has been nearly destroyed by fire on 3 separate occasions - in 1854, 1979 and again in 1983. 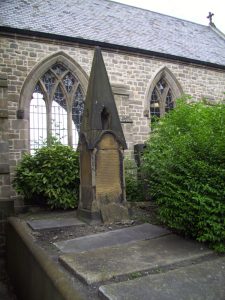 The Collinson Memorial
Considering that St Mary's was Gateshead's only church until 1825 and that all burials took place here until 1811, the churchyard is comparatively small.  It has been reduced in size twice - the first in the 1780s when a section on the south was removed to create what is now Church Street, and the second in the 1920s when a section at the west end was removed to create the approach road for the new Tyne Bridge.

We have lists of burials here going back to the 16th century. These are on microfilm but copies can be obtained by contacting St Mary's Heritage Centre on 0191 433 4699 or emailing heritage@gateshead.gov.uk. A small charge will be made for this.

The most notable graves are the Trollope Mausoleum at the East of the graveyard, the Collinson Memorial (above) to the South of the Church and the Trotter memorial at the West end.

On Sunday 11 May 2014, the Mayor of Gateshead, Councillor Jack Graham,  formally opened our new First World War memorial garden with the memorial plaque from the former Park Road Presbyterian Church as its centrepiece. We would like to thank the 72 Royal Engineers Regiment and the Heritage Lottery Fund for their assistance with this.

If you'd like to know more, pick up our 'Grave Matters' leaflet from St Mary's. It's only 50p and packed with information.

Or you can come to one of our graveyard tours -  http://www.smhgg.org.uk/events/church-tours